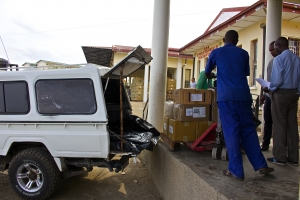 Collaboration is at the heart of a unique public-private initiative to increase availability for a range of health products in Mozambique. Tete provincial health authorities, Médecins Sans Frontieres (MSF), and VillageReach have partnered with the private sector company Confianca Absoluta to bring HIV medicines, vaccines and medical kits to rural health clinics. A new case study looks at the first six months of this initiative. It outlines the details of the partnership, benefits to date including increased availability and efficiency, and considerations for governments interested in outsourcing as a way to improve transport for essential medicines.

With the New Year upon us, I wanted to take this opportunity to reflect on some of the most important milestones that you, our partners and donors, have helped us to achieve this past year. With your support, we are reaching more people, proving the potential of emerging innovation, and working with new partners to increase access to quality healthcare at the last mile. 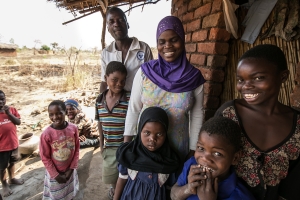 Chipatala Cha Pa Foni (CCPF, or “Health Center by Phone”) expanded to three additional districts in Malawi, reaching an additional 400,000 people, and ensuring that mothers like Patuma have access to health information, advice and care, no matter where they live. Airtel remains central to this growth as we work with the Ministry of Health towards national scale-up. New ventures like CCPF for Adolescents and collaboration with Johnson & Johnson are helping to enhance the quality of the service and expand its
potential to reach and serve more.

HIV has a profound impact on communities around the world and the health systems that serve them. Many remote, underserved communities feel the heavy burden of the HIV epidemic and can face substantial challenges in accessing health services. New approaches, systems and technologies have the potential to strengthen these systems and provide greater access to quality healthcare in these last mile communities.

As a global health innovator, VillageReach is dedicated to identifying, testing and scaling these potential solutions, which can be leveraged to support the global fight against HIV. World AIDS Day gives us a moment to reflect on our work with partners and governments that contributes to the reduction of HIV, particularly at the last mile.

Last week, the Reproductive Health Supplies Coalition (RHSC) brought together hundreds of the top minds in global reproductive health issues at the Coalition’s 17th Annual Meeting. This meeting provided a forum for discussing the many triumphs and continuing challenges of reaching 120 million additional women with reproductive health services by the year 2020. Access to reproductive health commodities allows women to decide if and when to have children. This ability is not only a human right, it can be a life or death situation for many women and young girls. Increasing access to reproductive health is also one of the most effective and cost-efficient ways to reduce infant and maternal deaths.  As an active member of the RHSC’s System Strengthening Working Group, VillageReach eagerly engaged in this week of conversation and idea exchange. Many of the central themes reflect the work of VillageReach, allowing us to bring our experience and expertise to the conversation while learning and growing from the experiences of our partners.

In late August, VillageReach welcomed a team of Wharton Business School students to work on a short-term pro bono consulting project, aiming to develop a diversification strategy for VillageReach in Mozambique.  Although the team spent only nine days on the ground in Maputo, the project had been months in the making, starting with an initial dialogue between Ruth Bechtel, the Mozambique Country Director, and Wharton team leader Joelle Birge back in fall 2015. Coming from a variety of backgrounds, these four students were inspired to travel to Mozambique by their common interest in international development and global health. Joelle describes the work this team accomplished: 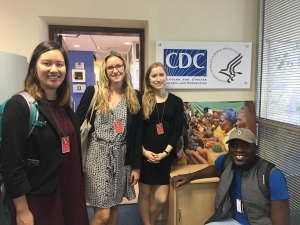 Project planning began with a series of calls between VillageReach and the Wharton team to refine the project scope and map out work plans and deliverables. Together with VillageReach, we decided that one of the best ways to leverage the team’s time in Maputo would be conducting interviews with public health stakeholders to gain an outside-in perspective on current areas of need and opportunity.  Over the course of the spring and early summer, we conducted research on donors, NGOs and government organizations operating in Mozambique public health and used this research to work with VillageReach on defining a list of priority stakeholders to interview.  This interview list served as the jumping off point for structuring the our on-the-ground work in Maputo.

VillageReach is always seeking out new ways to improve access to quality healthcare at the last mile, and new partners that allow us to do this. Over the weekend, VillageReach president Evan Simpson presented at the Med25 Benefit dinner. Med25 is an exciting global health organization that provides quality, culturally appropriate and affordable health care by encouraging the creation of local, income-generating businesses that support healthcare initiatives. Together, VillageReach and Med25 are partnering to explore how the Med25 model can be brought to new communities. At this recent event, Evan Simpson shared his insights on the potential impact of this partnership:

Reposted from Next Billion 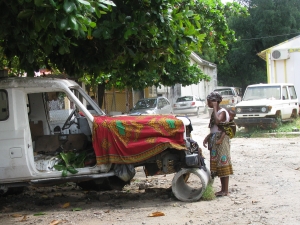 Vehicle graveyards are an all-too-common sight for those of us who work in global health. These long-forgotten vehicles serve as reminders to the underlying obstacles faced by transport systems throughout Africa. Routine maintenance required to keep cars, trucks and motorcycles moving simply does not happen, shortening the lifespan of the vehicles that are essential to delivering health commodities to the most remote communities.

For the donor community, these vehicle graveyards are a reminder of the weak return on investment for these expensive, short-lived machines. Many institutions are declining to fund the capital expenditure required to purchase vehicles, parts or storage facilities. Insufficient capital is just one of the contributing factors limiting the transport capacity of a health system. 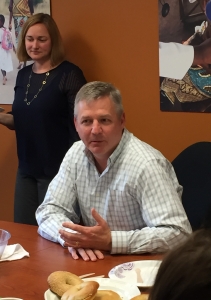 Having been in my new role as President of VillageReach only a few weeks, each day is filled with new “firsts.”  First staff meeting, first attempt to work the phone system (failed), first presentation (so-so). Among them was my first—but certainly not last—Final Mile Logistics Working Group Happy Hour hosted by Lynden International. At VillageReach, we focus on increasing access to quality healthcare for those living in the most difficult-to-reach and underserved communities where basic, routine health care delivery is a huge challenge.  For us, supply chain and logistics are essential elements of addressing that challenge, so it was great to meet and talk with representatives and leading thinkers from Puget Sound-area companies and our WGHA colleagues who share our interest, have a passion for new ideas, and apply them on a global scale.  Who better to help us think through the challenges and opportunities of last mile delivery? 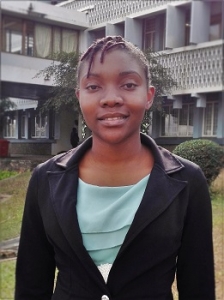 Bringing a program to scale can’t be done single-handedly. It requires the commitment of partners working collaboratively towards a common goal and a dedicated team to keep up momentum as new and unexpected challenges arise. Sometimes, key individuals drive a project forward. They find themselves in the unique position to motivate partners and steward the larger team. Upile Kachila is one of these people.