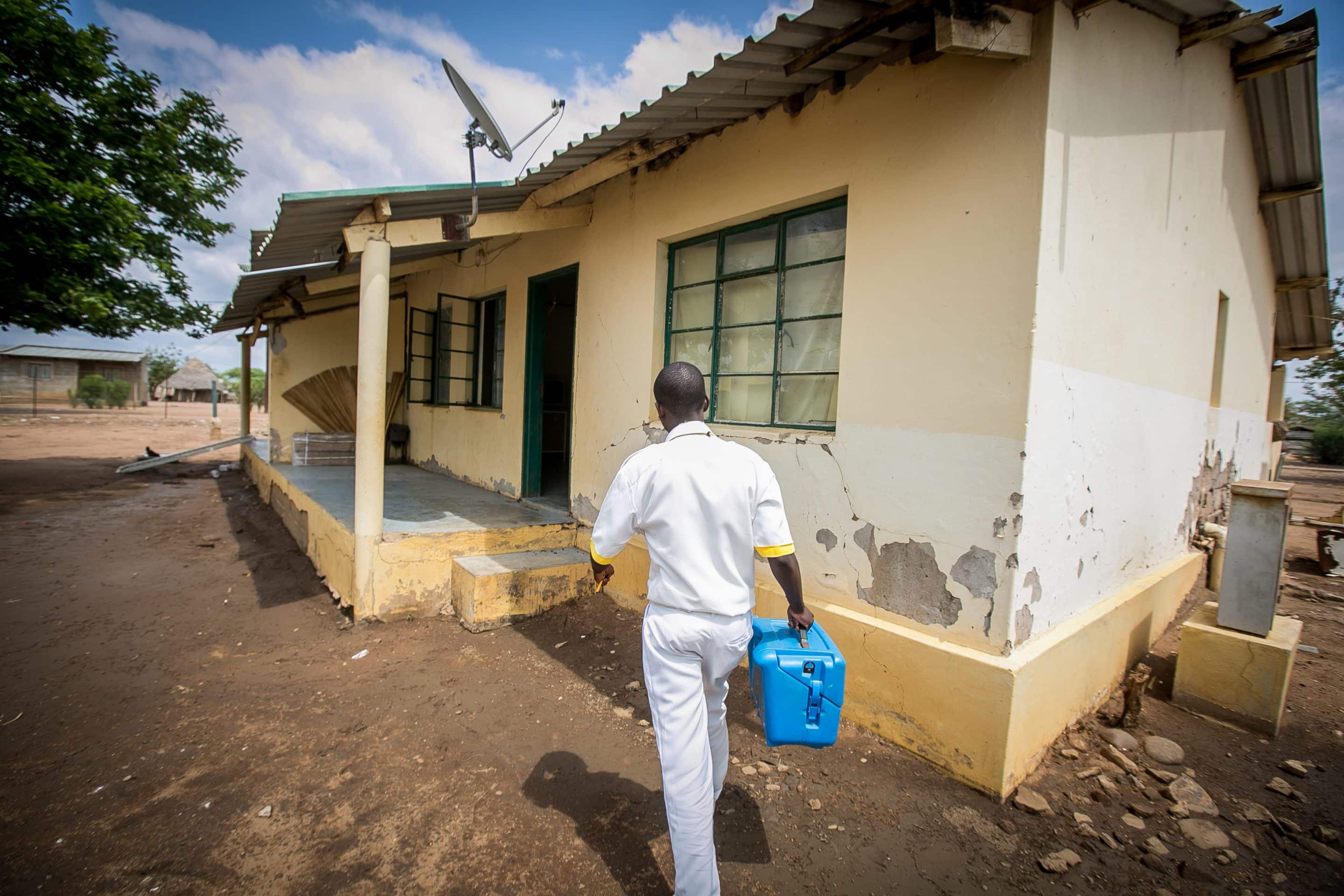 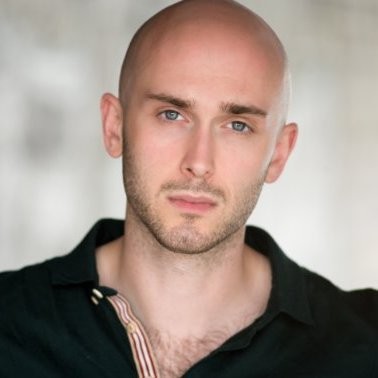 At the 29th Africa Regional Certification Commission (ARCC) for Poliomyelitis Eradication meeting in Lilongwe, Malawi in June 2022, representatives of the Malawi Ministry of Health and of ARCC recalled the shocking news they had received from the NICD laboratory in Johannesburg back in February: a case of wild poliovirus had been detected in a child in Malawi – the first in the country in 30 years, and the first in Africa since the region was certified free of wild polio in 2020. The lab tests confirmed that polio had returned. Since then, wild polio cases have also been detected across the border, in Mozambique. At the same time, circulating Vaccine Derived Poliovirus (cVDPV) outbreaks are also occurring in a number of countries in Africa.

I met with Luciana Maxim, Director Quality and Impact, and Sierra Petrosky, Global Program Manager, to discuss VillageReach’s Polio Lab Sample Transport program in 15 countries, which is funded by the Polio team of the Bill & Melinda Gates Foundation (BMGF), and is implemented in collaboration with each Ministry of Health and the World Health Organization (WHO) Regional Office for Africa (AFRO).

What is polio and why is this work so urgent?

Polio is a highly infectious disease caused by a virus. It invades the nervous system and can cause paralysis in a matter of hours.  Polio mainly affects children under 5 years of age; however, anyone of any age can contract the disease. The poliovirus spreads mainly through contact with the stool of an infected person. There is no cure for polio, but vaccines can protect against it[1].

Since the Global Polio Eradication Initiative (GPEI) was founded in 1988, the number of acute flaccid paralysis (AFP) cases due to polio was reduced by over 99%. At present, polio remains endemic only in Afghanistan and Pakistan.  Unfortunately, there’s been a reversal of polio trends since the COVID pandemic, with polio being detected in 2022 in stool samples collected from people with AFP and environmental surveillance (sewage) samples – in countries as diverse as DR Congo, Nigeria, the UK and the US[2].

What is this partnership doing to stop the spread of polio?

GPEI’s new Polio Eradication Strategy 2022–2026 outlines the steps needed to eradicate polio around the world. Efforts include supporting vaccination campaigns in places where cases are detected, training for health workers who have not been faced with polio cases in a long time, and (this is where VillageReach comes in) improved sample transport to the national or international laboratories so that polioviruses can be detected as quickly as possible. The strategy clearly states that polio has become a global public health emergency and that is reflected in aggressive timelines.

How does VillageReach fit in? What role are you playing?

In many countries, the length of time it takes to transport suspected polio samples from source to the laboratory is a problem, and VillageReach has worked on medical supply chains, including transportation & logistics data for medicines, vaccines, medical supplies, and lab samples for over 20 years. The Polio Lab Sample Transport project is in the implementation start-up phase in 15 countries – DR Congo, Malawi, Mozambique, Tanzania, Zambia, Kenya, Uganda, Nigeria, Ethiopia, Cameroon, Guinea, Niger, Chad, soon to be followed by South Sudan and Angola. We first completed standardized national assessments to learn and understand the status quo of polio specimen referral systems (SRS) in each of these countries, which remain affected by polio or at high risk of polio re-emergence.  The assessments were completed between February and July 2022.

The aim, via tailored implementation plans co-created with national governments, WHO country offices and partners, is to improve the speed and reliability of polio sample transportation – for both AFP and environmental surveillance (ES) specimens – from health facilities to in-country or international laboratories, as part of accelerated efforts to eradicate polio and strengthen specimen referral systems. Secondary objectives include ensuring the quality of the samples during transportation, so the lab can produce a quality result, and improved data visibility at all levels of the health system, including the ability for sample movements to be tracked in close to real-time, in order to proactively resolve bottlenecks in transport.

Collection of samples in communities and at health facilities really is the first step to polio eradication, because you don’t know where to mobilize an army of vaccinators until you’ve actually confirmed the case. As soon as a child shows signs of muscle weakness or paralysis, this is red-flagged for district surveillance officers to investigate and confirm a suspected case. This is the point at which VillageReach and our in-country implementing partners come in. The goal is to ensure that all samples are received by the lab for testing within 72 hours from the moment the samples are collected, no matter how remote or otherwise-inaccessible the community. This is an ambitious target, given that some of the countries we are operating in are currently averaging 1-3 weeks for sample transport; half of the countries have only one polio lab, while the other half have to send the samples to a regional polio lab abroad; and many of the cases appear in remote or hard-to-reach areas of the continent.  But acting quickly to detect the virus can make a huge difference in containing polio outbreaks before the virus spreads farther; this involves catching up children on polio immunizations to protect them from possible paralysis or death.

What do you see as the most pressing challenges?

The Polio Sample Transport program implementation looks very different in each of the 15 countries, because each faces different challenges, but for all, the target of 72 hours remains the same. In some countries, there are conflict zones, refugee camps, frequent flooding, stretches of rainforest or desert, etc., all of which complicate the process of identifying potential polio cases and transporting the samples to the lab.

It is an enormous task, even if only a relatively small number of samples are collected. For example, in 2022, the number of AFP cases to date ranges from over 7000 in Nigeria to under 300 in Zambia[3].  However, it is a challenge to establish on-demand transport systems, which in many areas may be the only way to get the samples to the lab on time. Polio is so close to eradication that there aren’t usually that many samples to move from a certain location – making it difficult to incentivize a private sector transporter; and health workers may not have the out-of-pocket funds to travel long distances with the samples, or be able to leave their patients, or afford waiting for travel reimbursement.  Most countries are currently piecing together various transportation modalities and incentive systems, because ultimately, you don’t know where the next case will pop up. But some countries are aiming for integrated transport across various types of lab samples (polio, COVID, measles, rubella, HIV, TB, etc.)

Polio will not be detected in the vast majority of samples sent to the lab. This can make the return on investment seem small. But our job is to take zero chances, to ensure that each country’s surveillance system is sensitive enough to detect those very rare cases. And quickly.

We need one big push to end polio and, once that happens, it will become only the second infectious disease in history to have been eradicated (smallpox being the first); a huge achievement that could save and improve many lives for generations of children to come.

Can you tell me what was found during the assessment phase that recently wrapped up?

Siloed systems are common – both when it comes to sample transportation and to data – so building on existing transport systems is one of the recommendations that applies to some countries with more mature systems that can incorporate both on-demand and routine sample pickups.  Because in other countries, integration of specimen transport across diseases may slow down the process of getting polio samples to the lab.

Another thing that we saw was that there are pros and cons to using health care workers to hand carry samples from the community/health facility to the national level.  Some countries are able to make such a system work well, while in other countries it can be beneficial to use private sector transporters.

Data can be a challenge, especially if there is a lack of visibility at all levels of the health system (from district to national to international).  Importantly, in countries where the samples often get ‘stuck’ or delayed at transit points, it is worth investing in more real-time sample tracking digital devices, so that the transport bottlenecks can be resolved immediately, while the samples are still in transit to a lab.

Many countries are also lacking dedicated containers (cooler boxes) and supplies to retain the quality of the samples and almost none use temperature monitoring devices. Ensuring sample quality during transport is another one of our goals, though in general we find that quality isn’t as much of an issue as timeliness is.

A summary of the assessment findings is available[4] and a full report is forthcoming in November 2022.

What is next? Can you outline some of the solutions to be implemented?

VillageReach is here to assess, optimize sample transportation systems and bring in some innovations. Program implementation is tailored to each country, based on the assessments. In collaboration with the Ministries of Health, we have identified partners and/or transporters on the ground in each of the 15 countries. In general terms, we plan to introduce more private sector transporters, in some countries all the way to the local health facility level, along with a number of innovations on the digital solutions side, including GPS tracking and mapping of samples almost in real time. This means transporters, Ministries of Health, WHO and even the labs will have visibility into samples’ ETA and when and where they are getting stuck, intervening as necessary to get them moving again!

In other countries, there might be a sample quality issue, which points to the need for health worker training. An understandable issue, because these samples are quite rare. The same training issues apply to private transporters, which range from large logistics companies to small local transporters. We are working with the Outsourced Transport Resource Center to test markets and advise governments and partners, but the options will look very different in each country based on the maturity of the private transport sector and other available resources (e.g. public transport, postal services, health workers).

Thank you! I will make sure to meet with some of the project country leads and partner organizations to learn more as the implementation phase progresses.

One of my favorite things about this project is all of the different partners that we get to work with. We were intentional about making sure that the 15 implementation roadmaps were co-created with the Ministries of Health, WHO and local organizations. We are also thankful to our funders at the Bill & Melinda Gates Foundation who have been great colleagues and technical advisors to us. Our partners include:

Thank you for talking with us! We spoke lots about our focus on the urgency to get the samples to labs, but not so much about the why. There is a deeply human side to this project: it’s about protecting children across the world from paralysis or death – today and for generations to come.