A Dream Come True: Delivering essential health products, one drone at a time 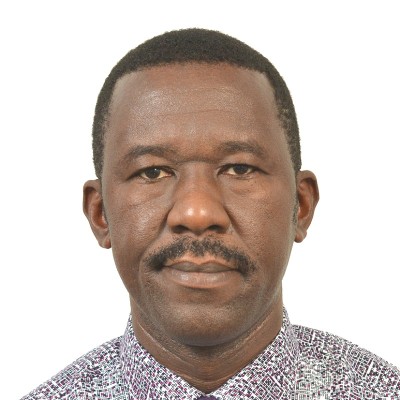 Before coming to VillageReach, Dr. Archimede worked tirelessly in the Democratic Republic of Congo (DRC) as a physician treating patients and spent over a decade at the DRC Ministry of Health (MoH) working to strengthen health systems.

Seeing firsthand what limited access to lifesaving medicines and vaccines can do to communities, Dr. Archimede was excited to join VillageReach in 2017 and use drone technology to get health products to people.

But when tasked with introducing drones into the health system in Équateur, a province where transportation relies heavily on the Congo River, he wasn’t expecting to be met with disbelief.

Partnering with the DRC MoH and Australian drone-powered logistics company Swoop Aero, VillageReach began routine medical deliveries using drones in Équateur concentrating on remote and hard-to-reach health facilities. By the end of September 2021, a total of 31 of these health facilities received vaccines and supplies monthly and carried back patient samples to be tested for a variety of viruses, such as HIV and Ebola, on return flights.

Making a dream a reality

Those first successful flights felt like a “dream come true” according to Dr. Archimede and proved to government officials that this type of delivery was possible. By the end of September 2021, drone flights made 652 deliveries that included 90,110 vaccine doses and equipment for vaccine administration, as well as medicines and other health products. These deliveries supported the routine immunization of 24,652 children under the age of 1 and of 9,515 pregnant women against tetanus-diphtheria infections.

Drones typically fly at speeds of 100 km per hour, significantly reducing the time it takes to reach remote areas. In just under 700 flight hours, nearly 70,000 km were flown by drones in the province.

Dr. Archimede said that drones were able to strengthen the country’s pandemic response and help maintain routine health service with this infrastructure in place. Drones also reduce health worker travel and opportunities for exposure during outbreaks such as Ebola or COVID-19.

“Every person who was in touch with us was very happy to hear that we could fly from one location to another, bringing vaccine doses without putting a health worker at risk,” said Dr. Archimede.

In addition to getting government buy-in to use drones in Équateur, Dr. Archimede also had to build community trust. Many people living in rural areas were less familiar with drones he said, and many expressed skepticism about drones flying over homes thinking drones would be used as surveillance. But those fears subsided after the first successful deliveries, and Dr. Archimede has even observed that people living in these remote areas began to prefer the vaccines transported by drones as they knew they were receiving high-quality products that had not spent several days in transit.

To him, that community enthusiasm shows that there is room for expansion to other provinces in DRC as the government and VillageReach work to grow the drones program. “Our midterm evaluation in June 2021 showed greatly improved availability of vaccines in the hard-to-reach health facilities served by drones, and almost no stockouts,” Dr. Archimede said. “As we make products consistently available in remote facilities, we also see more community members coming to health center to be vaccinated or to vaccinate their babies.”