How Mad Libs Helped Share Insights of Scaling Through Government 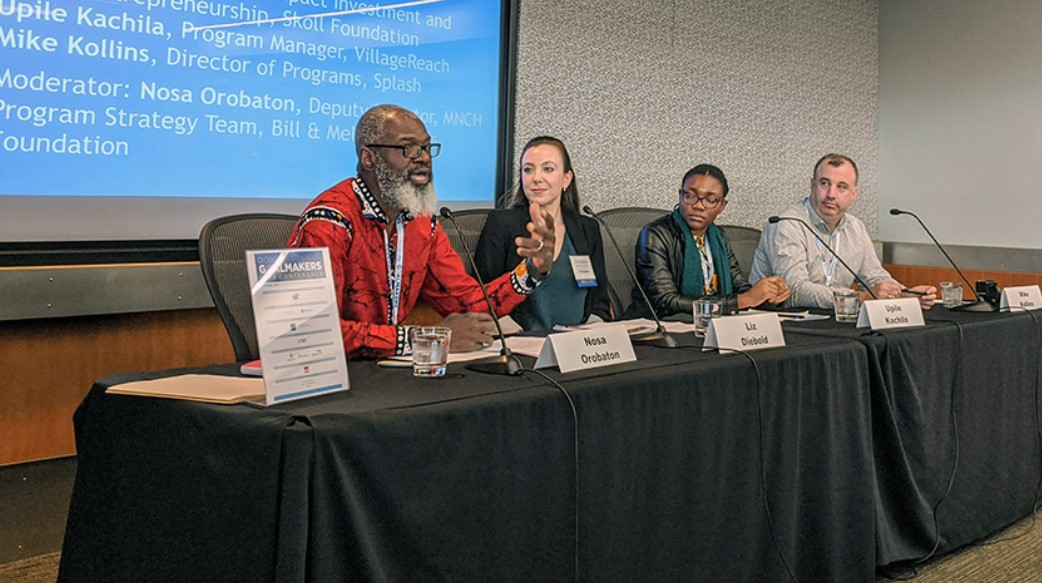 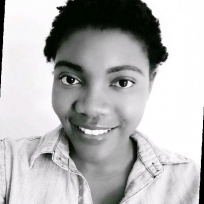 Last week as we prepared for a panel on transitioning health solutions to government, Skoll Principal Liz Diebold introduced me to the word game Mad Libs. While I’d never filled in the blanks for fun as a kid, the idea immediately made sense. Whenever something gets overly complex—as our work in health systems often does—boiling something down to its essence can help get the point across.

Liz and I, along with our moderator Nosa Orobaton, Deputy Director at the Bill & Melinda Gates Foundation and Mike Kollins, Director of Programs from Splash, tried to come up with a pithy way to introduce ourselves for a session, Best Practices in Transitioning Solutions to Government. I agreed that the sentence: Scale matters because_____________ was a great way to get us started.

My answer was that scale matters because it gives communities hope that an intervention is here to stay. For the last several years I’ve been supporting the Malawi Ministry of Health & Population (MoHP) in integrating the health hotline Chipatala cha pa Foni (CCPF) into the government. At VillageReach we define transition as the process of integrating a solution into existing public sector systems and practices. While many call this work technical assistance, in its most basic form, I became a pair of extra hands to help the government figure out a messy process of budgeting, hiring, and integration of a health solution that has the potential to provide health information to every Malawian.

Lively conversation among my fellow panelists and the audience highlighted two words that have defined much of my work.

Mike Kollins put a much finer point on it. “When the government contributes, and they really feel ownership, they actually don’t care so much about what we think is perfect,” he said. “It’s what they think. It’s their idea and if they have ownership, they get to make that decision. They get to decide what they measure and how often they measure and what they think is important. Often, it may very well not be what either you or your donors care about.”

I can share an example of this from the support I provided for a year-long process to incorporate CCPF in the MoHP’s annual budget. We went back and forth on what should be prioritized. Trade-offs were made. At its conclusion, the government agreed to fund 60 percent of the cost of the solution on an annual basis. This 60 percent may have seemed like a failure to many, but to us it was a win. The reason—we were putting ourselves in the government’s shoes—and if they thought it was a win, so did we.

The second word is flexibility. When working alongside multiple entities, the need for flexibility is critical. While VillageReach has invested much time and energy in a framework on transition to government and continues to see the value in building out components of that framework, the reality is you can only control so much. We approached our partnership with the government with a we will figure it out attitude and continue to learn along the way.

This is an ongoing process—some things have taken much longer than expected. We went in overly optimistic and set July 2019 as the date for the transition to be complete. One of my colleagues shared that meaningful scale is not a linear path. You’ll have dips and a squiggly line and even gaps where impact may not be increasing. We’re months past our initial date yet continue to believe that it has been helpful to align everyone around a set of activities for which they feel responsible to see through.

We’re still learning and I’m sure that we haven’t faced our last challenge along the path to transition. As one audience member helpfully pointed out, you may have to climb up, down, or sideways! An open mind to transform challenges into wins has really helped. And thankfully we’ve had incredible partners along this journey with us.

As the session wrapped up, I reflected on how Mad Libs helped me shape the themes I want to impart to others as they take on similar challenges. The interesting thing about the words we chose? They were words like hope, empathy, and flexibility. Not the words that you’d typically hear people choose to describe a multi-year transition of a health solution to a government in sub-Saharan Africa. But they are the right words for our journey.