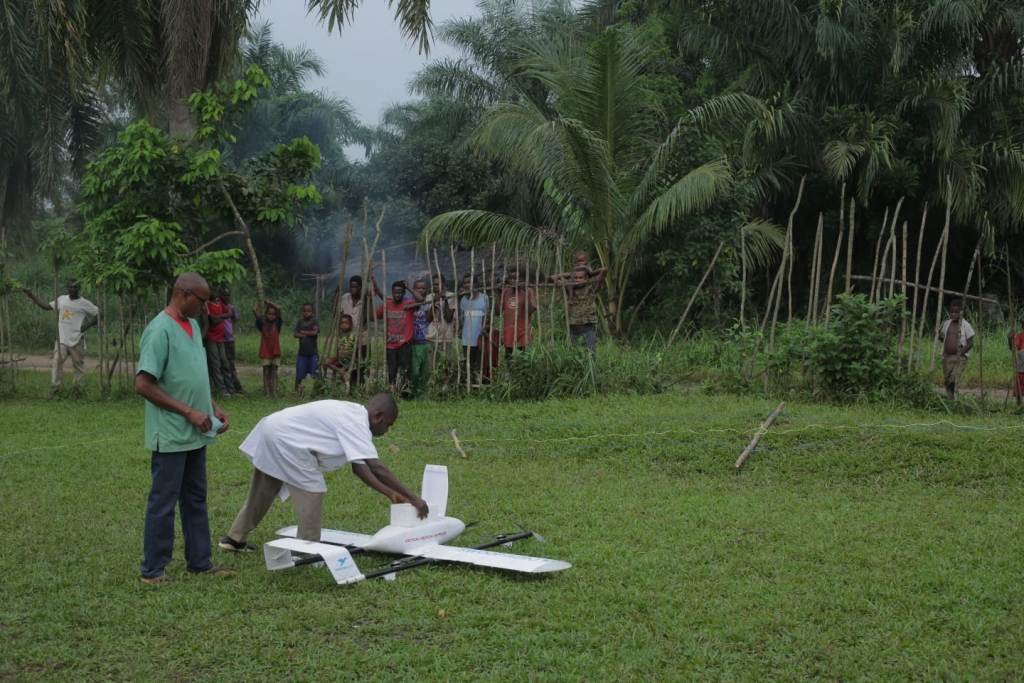 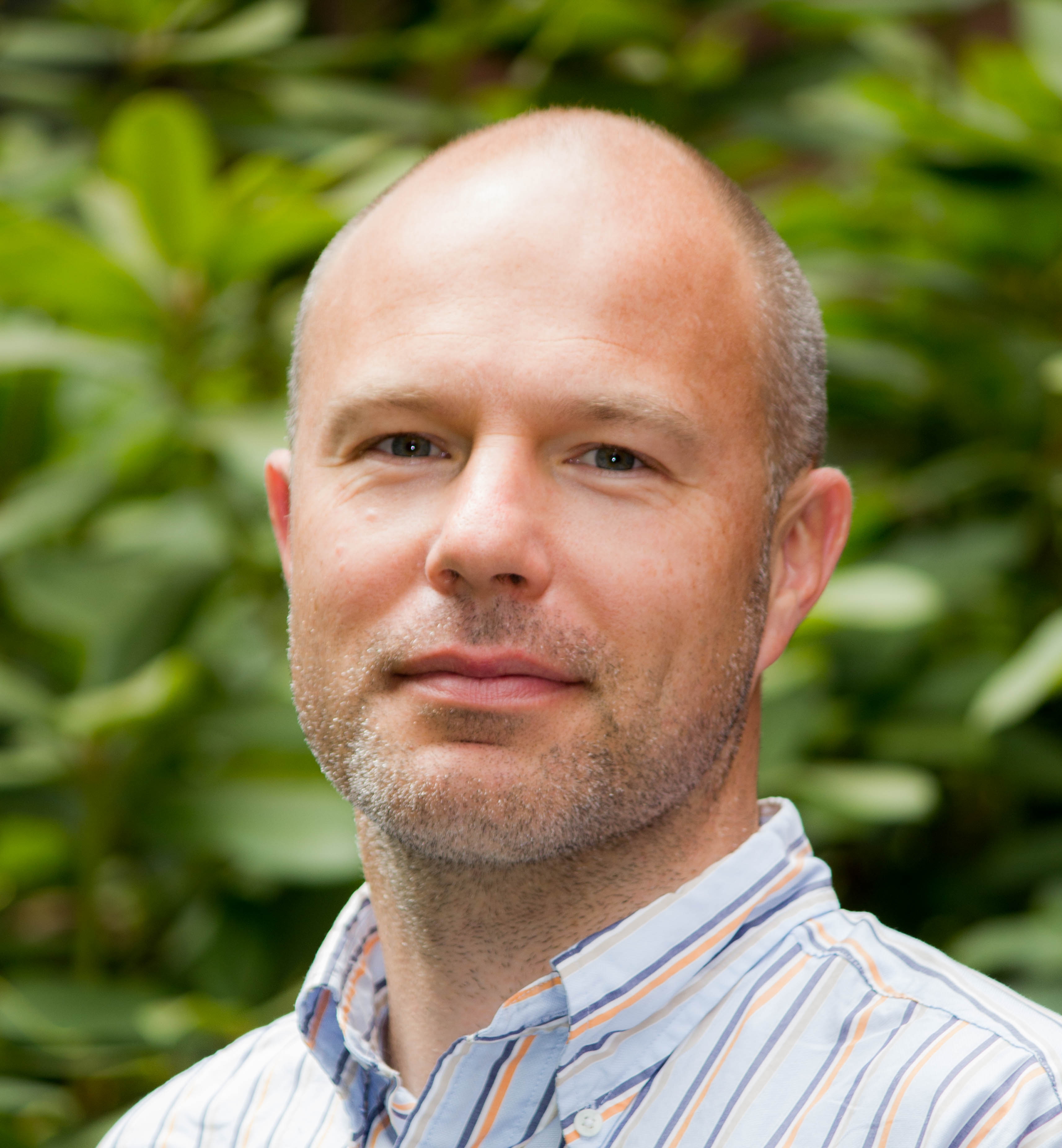 I started working in the Democratic Republic of Congo (DRC) four years ago when VillageReach was approached with an opportunity–to improve the availability of vaccines and essential medicines in rural Equateur province.

I never back down from a challenge, and this one couldn’t be more difficult given the forest density, the river running through the province, and lack of roads. What roads there were would get washed away or become mud pistes for Land Cruisers during the rainy season.

In countries like DRC, supply chains are designed with the environment in mind and drones looked promising for vaccine distribution given these conditions. After months of building the case for testing drones, the plan to perform a series of demonstration flights was approved.

The first day of the demonstration was just like any other day in the tropical forest. The rain drizzle was on and off as I stood with colleagues and members of the community in front of the health center.

Then we could hear it — the sound of a loud mosquito — we looked up at the sky to spot it. Children came running out in droves. It was hard to tell whether the increasing buzz was from the drone or the excitement.

To watch the first day’s fleet of drones transport vaccines, medicine and laboratory samples to and from a tiny, hard-to-reach village called Widjifake was unimaginable — especially to this community who had never seen something so up close that could fly.

The delivery took about 20 minutes compared to a six hour round trip journey by car or motorcycle on roads and worn down paths.

I was awestruck to watch the same vaccines that were delivered by drone being administered to seven children at the Widjifake health center that day, a first in the DRC and Central Africa.

Collaborations between government, the private sector and non-governmental organizations, like VillageReach, are increasingly becoming the model for developing sustainable solutions. To demonstrate how drones could be integrated into the health system required multiple government organizations, such as the Ministry of Health, Ministry of the Interior, the Civil Aviation and private partners Swoop Aero and VillageReach with support from Gavi, the Vaccine Alliance — so you can say it takes a village.

Drones provide an additional transport solution as part of VillageReach’s New Generation Supply Chain program (in French, it is known as Nouvelle Génération des Chaînes d’Approvisionnement, or NGCA) with the goal to address immunization inequities.

To successfully perform these flights, VillageReach conducted a partner search with a rigorous evaluation and selected Swoop Aero because its drone technology was designed to require minimal infrastructure adaptations at the  take off and landing sites. This advantage also enabled deliveries to be sent back to the origination site. In addition, the flights also demonstrated how drones could surpass geographic challenges in the province, such as crossing the Congo River and its numerous tributaries. Data that translated to benefits, such as time and cost savings compared to traditional delivery systems were captured, as well as the changes needed for ongoing drone operations.

All systems are go

Based on the Widjifake village demonstration flights, evidence showed that drones could improve access to vaccines and other health products, bringing equity to people who are left out of the health system. As with any viable solution, the need exists to secure continued funding for a long-term investment that would enable its full integration into the health system. Once we secure ongoing capital, all systems are go.