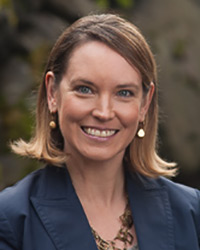 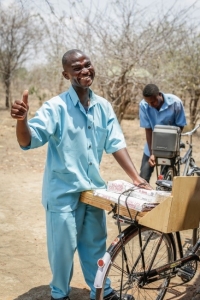 Mackson had just finished seeing and treating a group of about 15 mothers and children. He is filled with energy and enthusiasm as he describes his clinic and the services he provides.

The families in this area come to Mackson as their first point of care when their children are sick. The clinic is open two days per week for 4-5 hours per day.  Mackson is able to diagnose and treat many of the common health conditions faced by children under five such as malaria, diarrhea, conjunctivitis, and respiratory illness. More serious cases are referred to the nearest health center, approximately 13 kilometers away.

“This clinic is very valuable to those with young children, as it is right here, in their own community.  Unfortunately, other children over 5-years-old and adults must travel a much longer distance, which is a challenge, especially for pregnant women” says Mackson. He goes on to describe the progress VillageReach HSAs have had with community outreach efforts, encouraging them to deliver at a health facility instead of at home.

Hear from Mackson as he describes his clinic, its impact and also the common health challenges that exist in rural communities like Kwitanda.

During the clinic, Mackson saw 8 children with symptoms that presented as potential malaria. He explained to us how helpful the rapid diagnostic tests (RDTs) are that allow him to immediately determine whether or not a child has malaria and to treat – or not treat them-  with the appropriate medicine.  None of the children tested positive this day.  In the past, they may have been incorrectly treated for malaria as overprescribing of malaria medicines is a common challenge in many rural clinics who do not have access to these RDTs.

It is clear through his interactions with patients, his words, and his warm, sincere demeanor, that he truly loves his job and cares deeply for his community. Mackson himself notes that mutual respect is a key part of delivering quality healthcare. 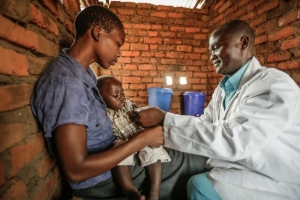 Mackson administers a rapid diagnostic test for malaria on a young patient.

“The mutual respect between Mackson and the community is one of the main reasons this clinic is so successful. He excels at all aspects of managing and maintaining a rural clinic by ensuring proper sanitation practices, medicines management, record keeping– many things that other village clinics struggle to maintain, says Davie Chimbalanga, a Community Health Facilitator with VillageReach. Chimbalanga adds, “Mackson has recently been asked to share his perspective and guidance on running a village clinic with other leaders at the district and national level so that others may learn from him.”

Looking at this small, humble structure with no running water or electricity, one may tend to focus on what isn’t possible. Meeting Mackson, seeing his clinic and watching him help every family that came through his door reminded me what is possible. More than anything, it underscores the critical role health workers play at the village level, and how one person can make a difference simply leading by example.