Looking to the Sky for Answers: Understanding the Cost of UAVs at the Last Mile 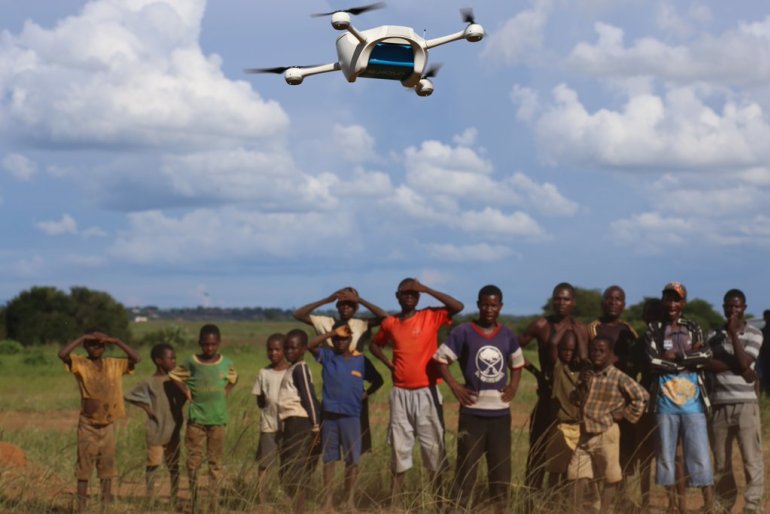 I have experienced quite a few “firsts” since joining VillageReach, but by far one of the most exciting is the experience participating in the first tests of Unmanned Aerial Vehicles (UAV) (commonly known as drones) for HIV sample transport* in Malawi. VillageReach is currently working with UNICEF and Matternet, a leading UAV company, to test and assess the feasibility of UAVs, with critical implications for the treatment of HIV in children.

In Malawi, nearly 40,000 infants were born to HIV-positive mothers in 2014. Without a diagnosis and treatment, 30% of HIV positive infants children will die before their first birthday, and 50% will be dead by the age of two.[1] With treatment, these children can live healthy lives; however, access to life-saving treatment is hindered by an expensive and slow system for sample transportation, amongst other barriers.

Only eight laboratories in the country are equipped to process the Dried Blood Spot (DBS) tests used to diagnosis HIV in infants, Early Infant Diagnosis (EID). On average, it takes nearly 11 days to get a DBS to a lab, and up to 8 more weeks to return the results to health centers.[2] Can you imagine waiting for over 2 months to find out if your child had HIV or not, knowing that a significant delay in treatment could mean the difference between life and death?  Addressing the pervasive gaps in infrastructure and human resource constraints is critical to increasing access to care and saving lives, and it starts at ‘the last mile’ – where the most rural and remote communities face the greatest barriers to care.

Last week, the first field tests of UAV prototypes for HIV test transport were conducted in Malawi. VillageReach is conducting a study to explore how much it would cost for these drones to transport the samples and results needed for early infant diagnosis. This technology is incredibly exciting and could be used to improve the DBS transport system in important ways. Roads in Malawi can become difficult to pass during the rainy season, and delay the transport of samples needed to confirm infant diagnoses and save lives. There are some facilities that are difficult to get to year-round, because there are forests or hills that must be traversed, or because they are on islands. The UAVs have the potential to reach these hard-to-reach locations more quickly and consistently than ground transport.  Developing a system that optimizes what exists and coupling it with a new technology to address the gaps could help save lives.

In the study, we are digging deeper into all the costs implicit in the current  system…

Modeling a transport system allows to us to uncover and quantify the hidden costs. In this study, we are comparing the hypothetical transport system using UAVs to the current system in Malawi, in which DBS are transported by motorcycle. The costs of the transport system go far deeper than just the costs of the vehicles, regardless of whether they are UAVs or motorcycles. In the study, we are digging deeper into all the costs implicit in the current motorcycle system: costs of driving school to get a license, fuel costs, salaries for motorcycle drivers, insurance, and the maintenance and other costs of wear and tear on these workhorse vehicles.

To compare apples to apples, we are thinking through and estimating the same costs for the UAV system. Because these “drones” have never been deployed to transport health commodities at scale, we cannot know the exact costs yet, but we know enough to make very good guesses. However, the same is true for many of the motorcycle costs. Even though the system exists right now, if the costs are not recorded, we cannot know them. For example, if a motorcycle gets a flat tire, and the driver pays for it and doesn’t get a receipt, how can we know the true maintenance cost? If the driver doesn’t report every repair that is done on the motorcycle, we cannot be positive we accounted for all the costs. Similarly, if a health worker takes samples to the lab herself because she happens to be going for a meeting, but that trip is not reported, the associated costs cannot be included.

This study is an initial first step in the early stage of evaluating UAV integration in the Malawi lab logistics system.

Modeling costs is complex work, and in many ways, as much of an art as it is a science. It requires us to identify and quantify all of the factors that drive the costs of a system. Modeling can provide incredibly valuable input for decision makers when evaluating an innovation like UAVs. This study is an initial first step in the early stage of evaluating UAV integration in the Malawi lab logistics system. The results will be useful not only in making a decision about how to move forward, but also about where we need to focus on digging even deeper to fully understand both systems. More than likely, the optimal system for transporting DBS and lab results will not be composed only of UAV or only of motorcycles; it will take advantage of the strengths of both technologies to minimize both costs and transport time. This initial cost study is a key first step in responsible, informed decision-making about implementation of this potentially life-saving technology.