The Heart of the Congo: Where Even Coca-Cola Doesn’t Get To 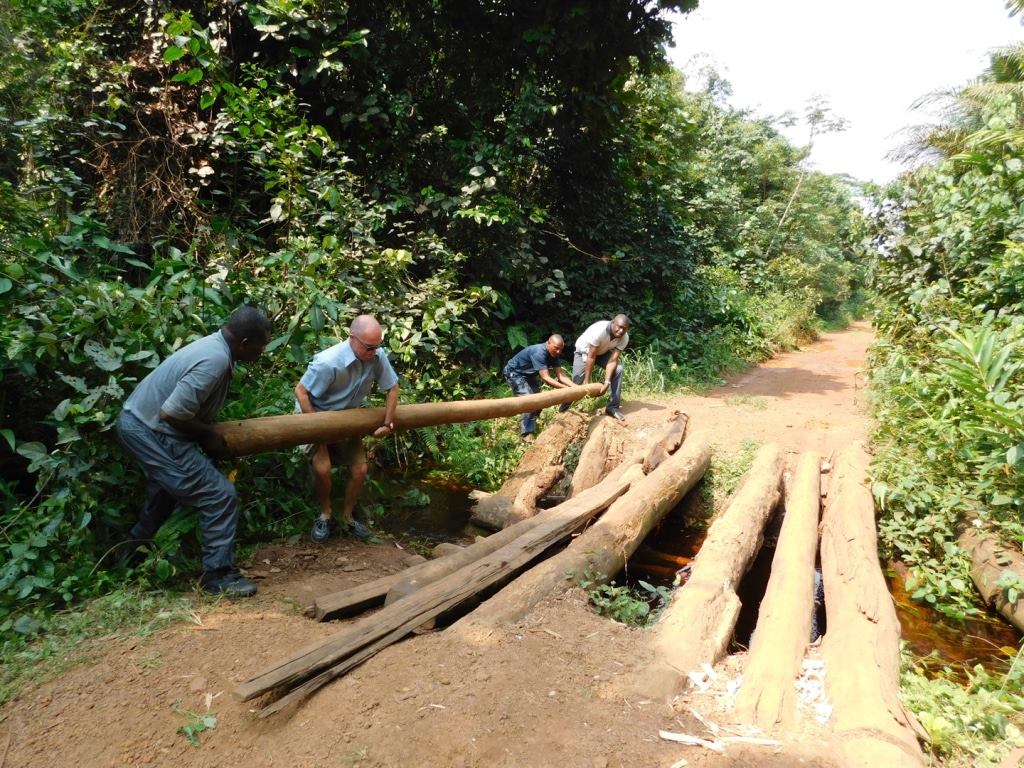 Many people in global health talk about how Coca-Cola supply chain practices could be applied and adapted to health commodities to ensure that vaccines, malaria treatment, family planning commodities, and many more essential medicines are available at the last mile health facilities. And they have a point—I have seen Coca-Cola in pretty much every village I’ve been to in Africa throughout my almost 20 years of going to these remote places.

However, that cannot be said for the south part of the Equateur Province in the Democratic Republic of Congo.

I’ve just returned from a two-week supply chain assessment in this province that is divided by the Congo River, and then is crossed and crossed, and crossed again by its many tributaries. Someone described it as the most isolated place—not just in the DRC but in all of Africa. And I believe him.

The big towns of this province sit on the river, just a mere eight day’s boat ride from the capital, Kinshasa. That’s where you can get a Coke, and most medicines (although the quality of medicines in private pharmacies is highly questionable). Once you leave the city, though, everything gets more difficult. We drove from one big town to the next – a 16 hour journey that involved a couple of ferry boats, several small bridges made of logs that our team had to reposition and make secure for a Land Cruiser to cross, a lot of small villages, many health posts, an uncountable number of goats and chickens we swerved to avoid, and a night spent at the reference hospital that served as our hotel for the evening. This was one of the better equipped places we visited. It has a lab to test for tuberculosis, a surgery area, an in-patient ward, and a doctor available. But it still has its challenges.

The health staff have to travel more than 40 kilometers or more (by bike, foot, motorcycle and/or by water via a canoe or barge) to go and pick up medicines from the health zone to replenish their stock.  In many places the “main road” isn’t more than a narrow dirt path.

We hit a couple of rainstorms along the way; I can’t even imagine what that dirt path is like during the proper rainy season.

When the health workers finally arrive at their destination, in many cases, the health zone is out of stock, and they must make the same journey home- empty handed.

Getting vaccines to these areas presents even more challenges because of the cold chain needed to keep vaccines cold. Without electricity, the cold chain equipment at the reference hospital or health zone should run on either solar or petrol. Most of the refrigerators that we saw had not been working for at least a year.

Most of the refrigerators that we saw had not been working for at least a year. So health workers make do the best they can.

In one health zone, which holds the vaccines for more than 20 health centers, they use the electricity from the communications tower across the street to freeze ice blocks to keep their non-functioning solar fridge cold. Health workers will go once a week to the health zone to pick up vaccines using a cold box in order to facilitate a once-a-week vaccination day for children.

For some health workers, this is just a couple of kilometers down that dirt road; for others, it could be up to a 40, 50 or 80 kilometer trip to go and fetch vaccines.  Again, the transportation methods vary – sometimes by bike, by motorcycle, by a two-day walk, by water, or a combination thereof. The commitment to their community and to children’s health is commendable.

Yet, despite these valiant efforts, the inability of the system to reach its most vulnerable is undeniable, and has a serious human cost- as underscored by the recent New York Times article on a deadly measles outbreak in the DRC.

The national level Ministry of Health and its partners are currently developing a national level supply chain strategy and implementation plan. That plan will then need to be adapted specifically to Equateur and the particular problems that exist here. VillageReach is contributing to that provincial-level plan through this assessment and potential viable solutions to make sure every child gets his/her vaccines, every case of malaria gets treated, and every woman who wants to space her births has the ability to do so.

For me, this has been a reality check. At VillageReach, we “start at the last mile.” I have been reminded how ‘last mile’ some places really are. You may not be able to get a Coke, but hopefully, with changes to the supply chain, you will be able to get vaccines.