March was the month that we began to make significant strides with the project. We gained permission from the community leader of the Namicopo bairro (neighborhood) to conduct our awareness campaign. Fernando, our Lead Promoter, has been busy developing a “toolkit” of resources for the market analysis, and putting together a team for the campaign. He was able to identify and hire four Promoters and a team of “Animators” that will assist him in the execution of various aspects of the project. The team is comprised of people from the bairro who provide insight and a key link into the community. 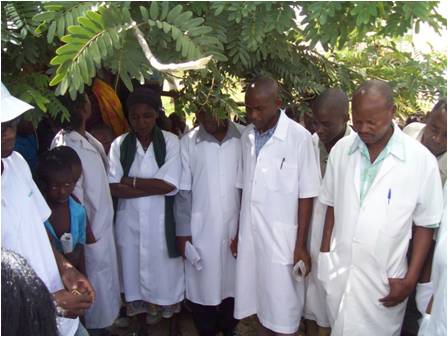 After our Promoters and Animators became knowledgeable and comfortable with using LPG, we conducted a household survey within the bairro. The objective of the survey was to get a better sense of the income situation among the households and their interest/willingness to purchase an LPG stove. A week of surveying provided us with 200 completed surveys!

After completing the surveys (which are currently being tabulated and analyzed), our next task was to send our Animators into the bairros to conduct a demonstration on how to use a basic VidaGas LPG kit. We asked each Animator to find at least 10 people to attend the demonstration and to show the basics on how to use a LPG stove. 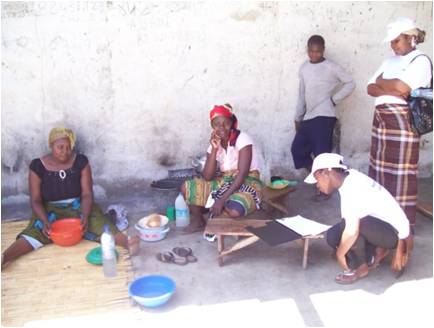 It was also an opportunity to answer any questions or concerns about LPG as people here often have limited (if any) knowledge of liquid propane gas. I followed one of our Animators (Cecelia) and Promoters (Marino) to one of their demonstration locations which was located at one of the secondary schools in the bairro.

The turnout was quite impressive, and the teachers at the school showed quite a bit of interest in LPG. A wild card in all of this was the vast number of students that also attended this particular demonstration, as they can bring the word about gas to their parents. Now this is viral marketing!

Suffice to say, March has definitely been an exciting month. April should also bring much of the same excitement as we will be hosting our first few “Big Events” in the bairro with music, skits, food, and – of course – LPG! The objective, through the event, is to create even more awareness and interest in LPG/VidaGas, and hopefully some new customers. We also plan on moving into new bairros during April and so adventure continues!