Search our comprehensive archive for detailed documentation of our work including  evaluations, studies, journal articles, publications and more. 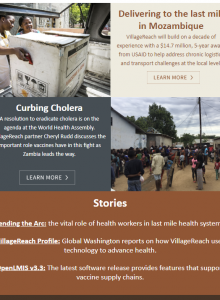 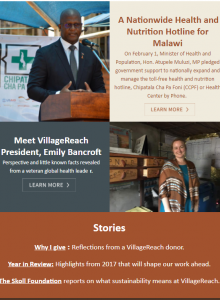 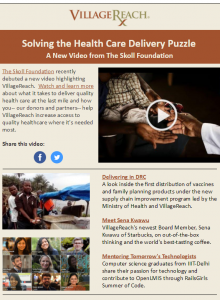 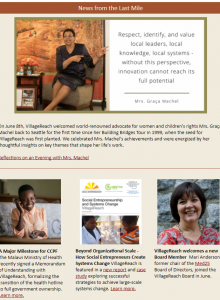 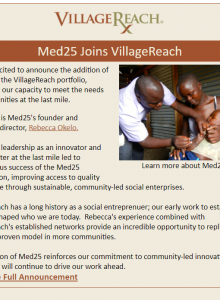 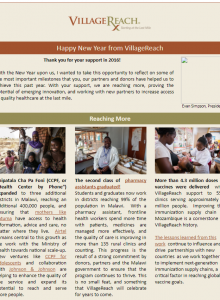 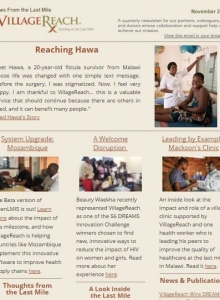 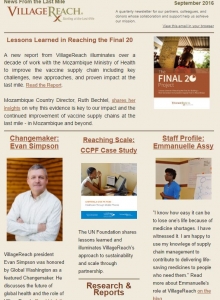 News from the Last Mile (September 2016) 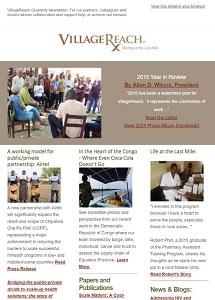 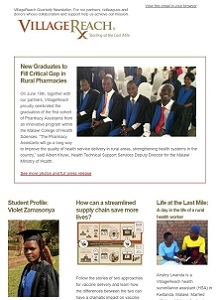 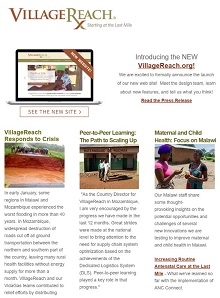 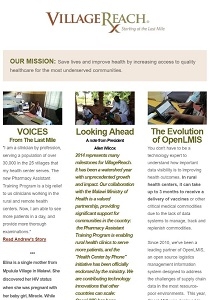 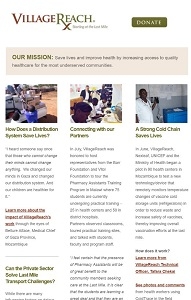 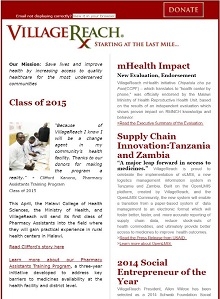 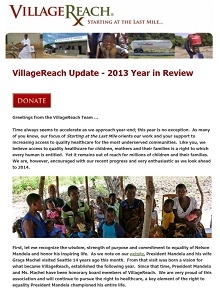 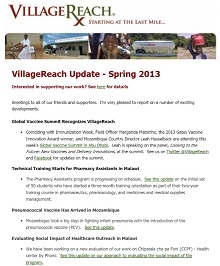 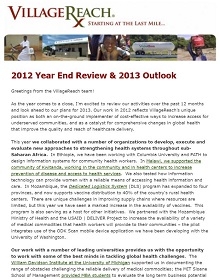 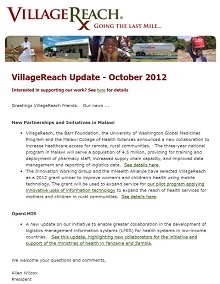 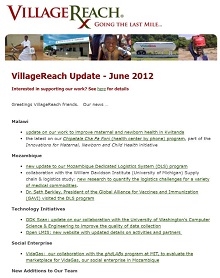 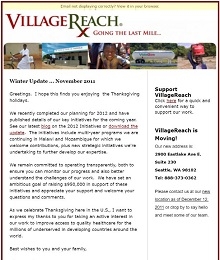 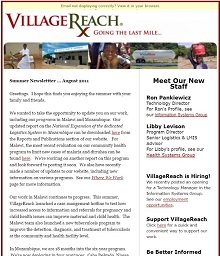 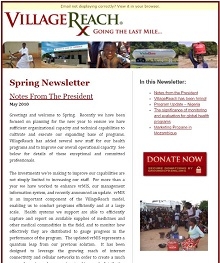 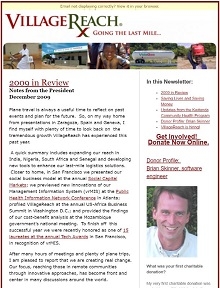 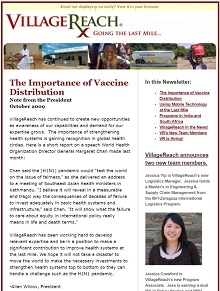 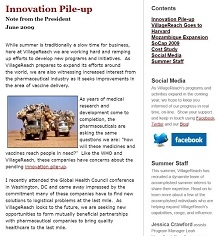 2020
Malawi Government – February 28, 2020 VillageReach and the Malawi Ministry of Health and Population were recognized by His Excellency Peter Mutharika, President of Malawi. Chipatala cha pa Foni was recognized as a Driver of Transformative Initiatives in Malawi.

Skoll Foundation Spotlight – November 21, 2019 Program manager Upile Kachila reflects on some of the biggest lessons learned from the CCPF transition to government. Read the article.

Upworthy & Good – September 11, 2019 The story of the drone flights in Democratic Republic of Congo is shared, including a video of the drone taking off. Read the article. 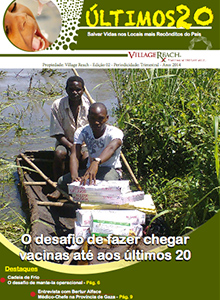 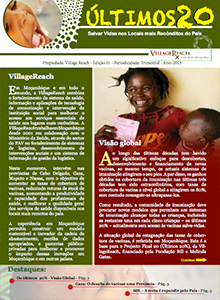 The annual Global Health Supply Chain Summit brings together supply chain professionals from all over the globe to discuss and share important trends in global health and the supply chains that support global health efforts. Last year, the big ideas from the event reinforced critical components of our work to improve health supply chains: public-private partnerships, system design, and data for management.
This year’s summit provided another great opportunity for VillageReach and our ministry partners to share our experiences, to learn from others, and to identify important trends shaping the global health supply chain community. The VillageReach team reflects on some of these trends below.

The Meaning of Integration

The theme of this year’s summit was “integrating global health supply chains for sustainable health outcomes” – a hot topic as governments and donors try to find efficient ways to share resources across traditionally vertical supply chains. But the meaning of integration is not always clear:

To see more examples of VillageReach projects and programs by country, visit our