It all started with a plane, a cyclone and a desire to help people.

In 1999, Graça Machel and her husband Nelson Mandela boarded a plane to Seattle. The Bill & Melinda Gates Foundation and the Craig and Susan McCaw Foundation sponsored their trip, which aimed to raise awareness and funding for both Machel’s and Mandela’s respective foundations. At the time Gates and McCaw ran a telecommunications company, and they sent one of their executives, Blaise Judja-Sato, to South Africa as a welcoming committee to accompany Machel and Mandela on the flight.

It was during the long flights between South Africa and the United States that Machel and Judja-Sato discovered a common passion. Judja-Sato, who was born in Cameroon, expressed a desire to engage in more humanitarian relief efforts in Africa. So, when Tropical Cyclone Eline hit Mozambique in 2000 bringing weeks of rain and devastating floods, Machel did not hesitate to call him. She was coordinating relief efforts through her foundation, the Foundation for Community Development (FDC), in Mozambique and she asked if his company could provide satellite phones and other equipment.

Little did Judja-Sato know that by saying yes he was about to change the trajectory of his life that would eventually lead to increased access to quality health care for 46 million Africans.

During his time in Mozambique, he saw infrastructure and supply chain challenges that ultimately blocked rural communities from goods and services, and this inspired him to do more. In an interview with Newsweek in 2005 Judja-Sato said:

“I’ve never seen so much dignity and generosity. People who had lost their families and communities still wanted to share what they had. I knew then and there that I had to do more to help, and not just during the floods. Even in normal life, they lacked the most basic necessities.

When Judja-Sato came back to Seattle he met with global health and supply chain experts. He made additional visits to Mozambique to meet with FDC staff and Machel, who as the former Minister for Education and former first lady of Mozambique, had a wealth of information about community needs and working with the Mozambique Government.

Through these consultations and research, it became clear that while significant public and private sector resources were providing new medicines, vaccines and medical equipment to under-served communities, almost no attention went to the significant infrastructure barriers that prevented those life-saving resources from reaching communities at the last mile. Therefore, VillageReach was established in 2000 to work directly with local leaders to address infrastructure barriers. Judja-Sato brought on Craig Nakagawa, Lionel Pierre and Didier Lavril, and together they decided to partner with FDC to strengthen vaccine delivery in Mozambique.

Judja-Sato’s philosophy was that if you design for the lowest resource environments first, then you have a resilient model that can be adapted and scaled anywhere, so they set their sights on vaccinating every child in Cabo Delgado province. But to achieve this goal VillageReach needed to work with the local community and the government to make an impact. In a formal agreement signed in 2002, the Mozambique Ministry of Health agreed to work with FDC and VillageReach to support vaccine distribution through supply chain innovation.

And it worked. After the first five years of implementation vaccine coverage rates for children 24-35 months old increased from 68.9% to 95.4%, and reports of vaccine stock outs by rural health centers decreased from 80% to 1%. Over time, these supply chain improvements also proved to be 17% more cost-effective for the Mozambique Government. 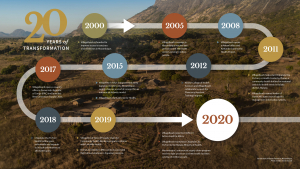 After 20 years, VillageReach is still working in Mozambique and our expertise in getting products to people has helped to transform the public health supply chains in the countries where we work. This involves solving issues with transportation and cold chain logistics; finding innovative solutions to address country-specific challenges; and increasing the availability of data for supply chain decision-making.

We have also expanded our programming beyond getting products to people to include applying tech-enabled solutions to increase pathways to primary health care. We do this through establishing mobile health hotlines for people to have reliable access to health information, through training health workers and through advocating for community health workers to become a formal part of public health systems.

As we continue to expand our reach and impact, we will never forget that our mission is rooted in being locally driven and globally connected. Because when like-minded people come together – even when those people meet by chance on a long international flight – amazing things can happen.