The Journey to a Health Center in Every Home: A Photo Essay 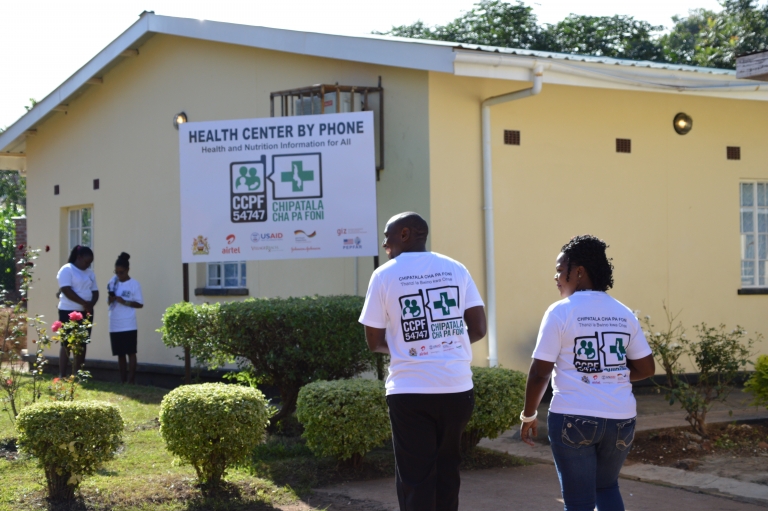 In remote and rural communities, distance often prevents people from accessing the health information they need. Chipatala cha pa Foni (CCPF), or Health Center by Phone,  in Malawi extends the reach of the health care system to every community by providing access to certified health and nutrition information and services via a toll-free number. 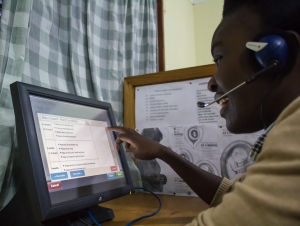 CCPF is staffed by trained health workers who provide information and referrals over the phone. 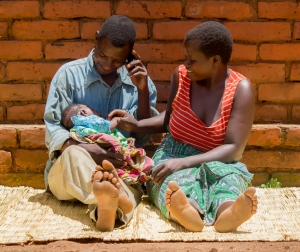 The hotline initially focused on maternal and child health needs. CCPF has since expanded to include all standard health topics—including water, sanitation, hygiene, infectious diseases and nutrition—in accordance with Malawi’s Ministry of Health guidelines. 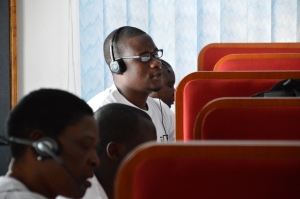 The hotline workers provide clients with information and advice on a wide range of health topics and refers callers displaying “danger signs” for further care at a village clinic, health center or hospital. 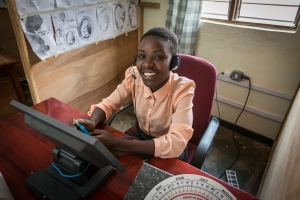 A “Voice Message” service allows clients to select and listen to voice recordings on sexual, reproductive, maternal and child health topics using an ordinary cell phone. The recordings are tailored to the client’s week of pregnancy or a child’s age. 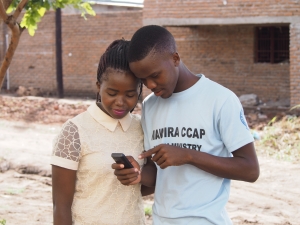 Youth services were introduced in 2017, increasing access to sexual and reproductive health information for young people. 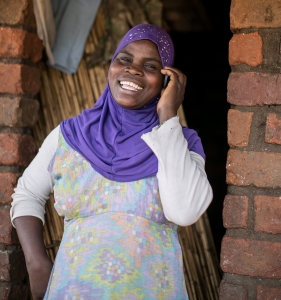 Patuma’s 5-year-old daughter had frequent nosebleeds made worse by hot weather and malnutrition. When they returned from a long trip to the health center, her daughter’s condition persisted. A CCPF health worker provided her with additional information and explained the root cause of the condition. Patuma was relieved to see her daughter’s condition greatly improve. She and her family now use CCPF regularly to get timely answers to routine health questions. Ninety-nine percent of CCPF users were very likely or likely to call again. 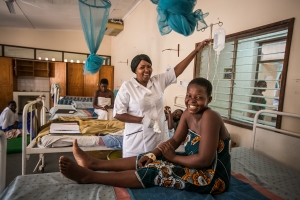 Hawa underwent a simple, but life-changing surgery to repair an obstetric fistula, a condition that effects more than 2 million young women without equitable access to treatment. When Hawa received a text message from CCPF and Airtel encouraging people to call with their health questions, she called about her fistula. The hotline workers informed her about an annual fistula repair clinic being held in the area within weeks. Thanks to CCPF, Hawa and many others have access to the health procedures they need. 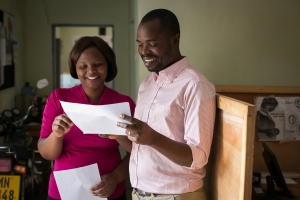 Patience Tchongwe (on left), senior hotline supervisor, has been with the hotline since the beginning. When Tchongwe joined VillageReach in 2015, CCPF was only operating in two districts. Since then, she became a critical liaison between the Ministry of Health and Population (MoHP) and VillageReach during a time of expansion into other health topics. Now Tchongwe has played a central role in supporting the scale-up of CCPF to reach all Malawians. 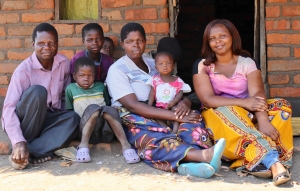 In 2018, Patience (far right) and her team offered Ellena (second from right) advice on what to expect during her third pregnancy and also predicted her due date, so she would know when to make the 14-kilometer journey to the local health center. Thanks to the hotline, Ellena became the first woman to give birth in the Kwitanda Health Center rather than at home – a milestone for mothers in Ellena’s remote community. Tchongwe saw the health care progress she had dreamed of come to life. Women were gaining health care knowledge and utilizing its transformative power for themselves and their children. 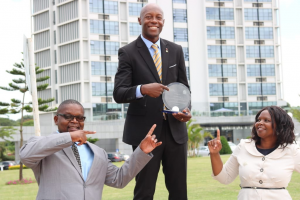 Incredible CCPF experiences are becoming the norm, and because of this, Tchongwe was recognized for her dedication and meticulous work. In 2020, the State President of Malawi presented VillageReach Senior Manager of Advocacy and Communications Hope Ngwira (left), Country Director Dr. Alinafe Kasiya (middle) and Tchongwe (far right) with a prominent award recognizing CCPF as a Transformative Initiative for Malawi. 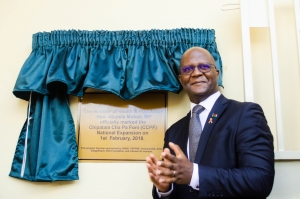 The Malawi government has complete confidence in CCPF’s power to bring health care information to its communities. CCPF is now available nationwide and is integrated into and operated by the Ministry of Health and Population. 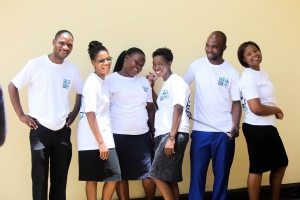 Hotline staff members received their first paycheck, which is demonstrative of the Malawi government’s commitment to CCPF.

As she reflects back on the last five years, Tchongwe (far right) said, “there’s nothing better than seeing CCPF give Malawians the ability to make informed decisions about their health and greater autonomy over their future.”