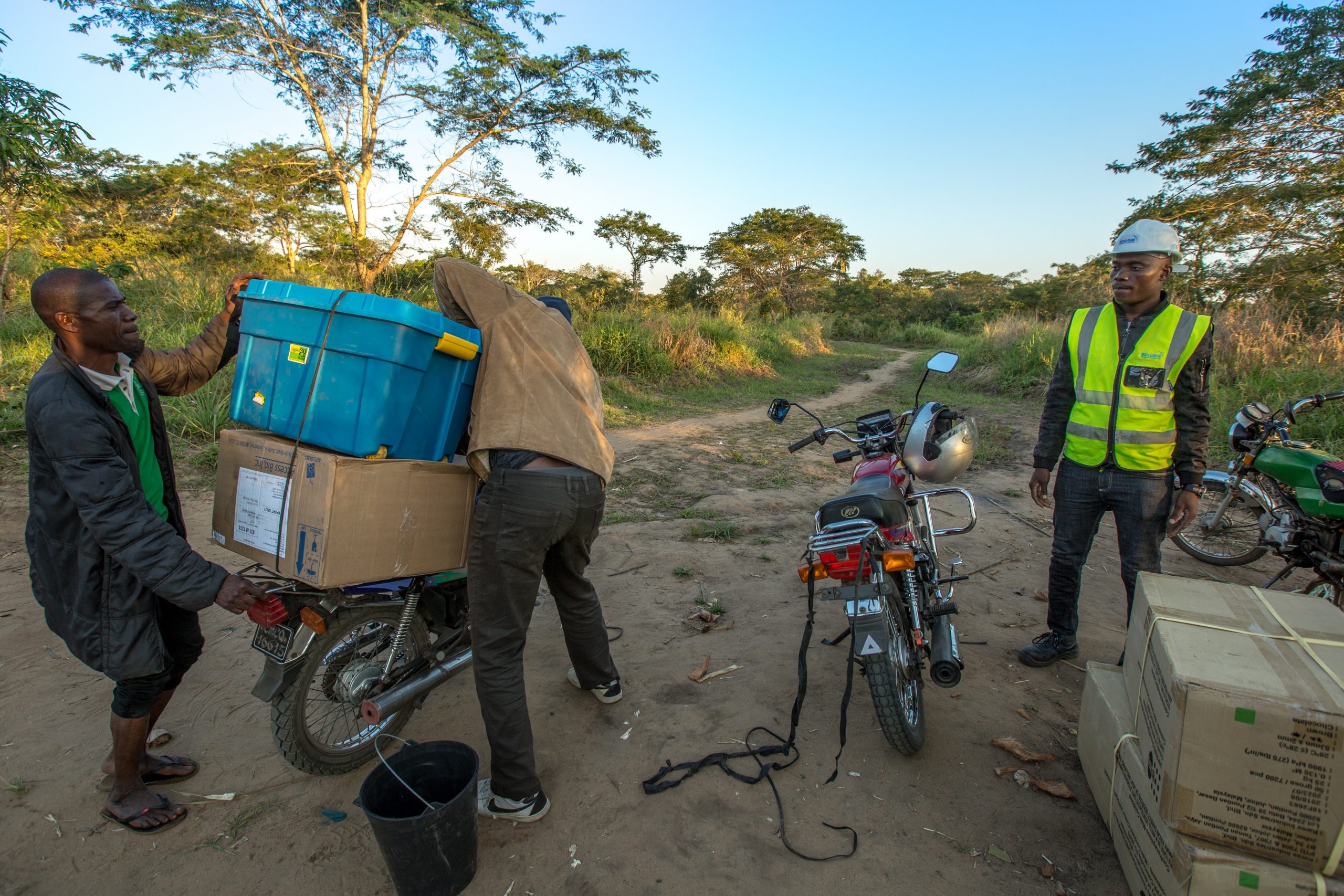 Helena José Virgílio, José Maria, and Pedro Terezanane represent hundreds of heroes who, come rain or come shine, guarantee the availability of medicines and other medical commodities in health centers. As a result, patients countrywide have access to the medicines they need.  In addition to being the day-to-day heroes who ensure the availability of medicines in the health centers, they share the same expectations for the introduction of the Last Mile Supply Chain program.

The Last Mile Supply Chain (LMSC) program recently began its operations in Zambézia province and the initial results are favourable. Through a private logistics provider working closely with DPS Zambézia, products were delivered to 57 health facilities in the districts of Mocuba, Milange and Quelimane in December 2018.

Helena José Virgílio, an Administrative Assistant at the District Pharmaceutical Warehouse in Mocuba said, “We are very pleased because we see that something will change with the introduction of this new approach [LMSC]. Transportation has always been our biggest challenge. We used to rely on ambulances and motorcycles so that the health centers did not run out of medicines. The distribution was not coordinated, each health center sent its request at any time, so sometimes we made distributions every day to not leave health centers without medication.”

Despite the nearly 200 km that separate Mocuba from his district of Milange, Pedro Terezanane, the head of the District Pharmaceutical Warehouse faces the same challenges as Helena. He said, “I was very happy with the outsourced distribution. I believe it will improve the supply chain. Previously we took a lot of time to do the distribution, which meant that patients had to wait a long time to get their medication. As you can see, in two days we managed to distribute medicines to 15 health centers, compared to about a week and a half we had before because we did not have transportation.”

As the other health professionals mentioned, the problem of transportation was also emphasized by Jose Maria, Warehouse Foreman for the District Pharmaceutical Warehouse in Mocuba. “Transportation was always our biggest problem for the distribution of medicines, colleagues had to come and pick up drugs in the warehouse, but from now on they will be able to receive medicines at their health centers, so they will have more time to treat patients. Patients will also have the medications they need on time.”

These health centers were among the first to receive deliveries as part of LMSC’s Quick Start Plan. Deliveries will soon reach more than half of the health facilities in the province, improving availability of medical commodities at health facilities, where they are needed for testing and treatment.

The LMSC program is supported by the Ministry of Health and leadership of the Provincial Government of Zambézia.  It is funded by USAID and implemented by VillageReach, in partnership with the Center for Drugs and Medical Supplies and Bolloré Transport & Logistics.

This program is made possible by the support of the American People through the United States Agency for International Development (USAID.) The contents of this document are the sole responsibility of VillageReach and do not necessarily reflect the views of USAID or the United States Government.