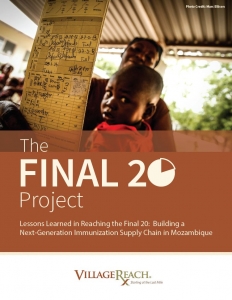 While visiting rural health units outside Montepuez district in Mozambique, I met a mother at Naioto clinic. It had taken her two hours to get to the facility, with a baby on her back. She was happy to stand in a queue for vaccines for her baby because vaccines were available. The nurse at the clinic, Ana Bendita Miguel, remembers times when she had to turn these mothers away. Prior to ensuring regular, monthly distribution of the provincial delivery truck, it wasn’t uncommon for Bendita to ride a bus to the district centre, a difficult trip of 68km to collect vaccines. In addition to taking Bendita away from seeing patients at the clinic, the bus fare cost her 240 MZN (around $3.30), which was not refunded. In those days she said, “when I didn’t have money for bus fare, I couldn’t prevent the stockout.”

Each day for the last three years, our team at VillageReach has focused on supporting the Mozambican government to ensure availability of immunizations for children who are brought to any health unit in the country. We have done this by implementing improved vaccine delivery systems; increasing data visibility and utilization; exploring options for new transport services; and documenting and disseminating evidence for key audiences. In this extensive report published this week, we recap the approach VillageReach has taken and the many lessons we learned in helping Mozambique shift to a next-generation supply chain. But when I was asked for three simple pieces of advice for those embarking on similar projects, I responded, in this order:

Evidence is critical, at all levels. Evidence helps achieve buy-in of key decision makers and those who influence them. It is important to know their concerns, and to provide information in a context that compels them to make changes. This means considering their priorities and other circumstances that may impact their ability to do something. In my experience people will be more open to collaborate if they feel that their concerns are being or will be addressed.

Changing a system, especially radical change, is not an easy undertaking. The current immunization supply chain system used in most low-resource countries, including Mozambique, was established many, many years ago. It worked extremely well for low-cost vaccines and led to significant achievements in immunization coverage for many years. But the context and requirements of immunization supply chains have changed over the last thirty years. Mozambique’s immunization program has increased dramatically, and recently the country has introduced rotavirus vaccine, measles second dose (MSD) vaccine, and inactivated polio vaccine (IPV), adding even more pressure to a system trying to serve a greater percentage of its population. Initiating a completely new way of doing things is hard, especially when a system is under as much pressure as Mozambique’s immunization supply chain.

I have found that bringing evidence of better performance through the proposed system has been instrumental. Getting to this point has not always been easy – often data is lacking – but change happens when evidence is in hand. Our work started in just one province in Mozambique — Cabo Delgado — but because we were able to demonstrate both impact and cost efficiency, more and more provinces became interested and eventually began operating the new immunization system. 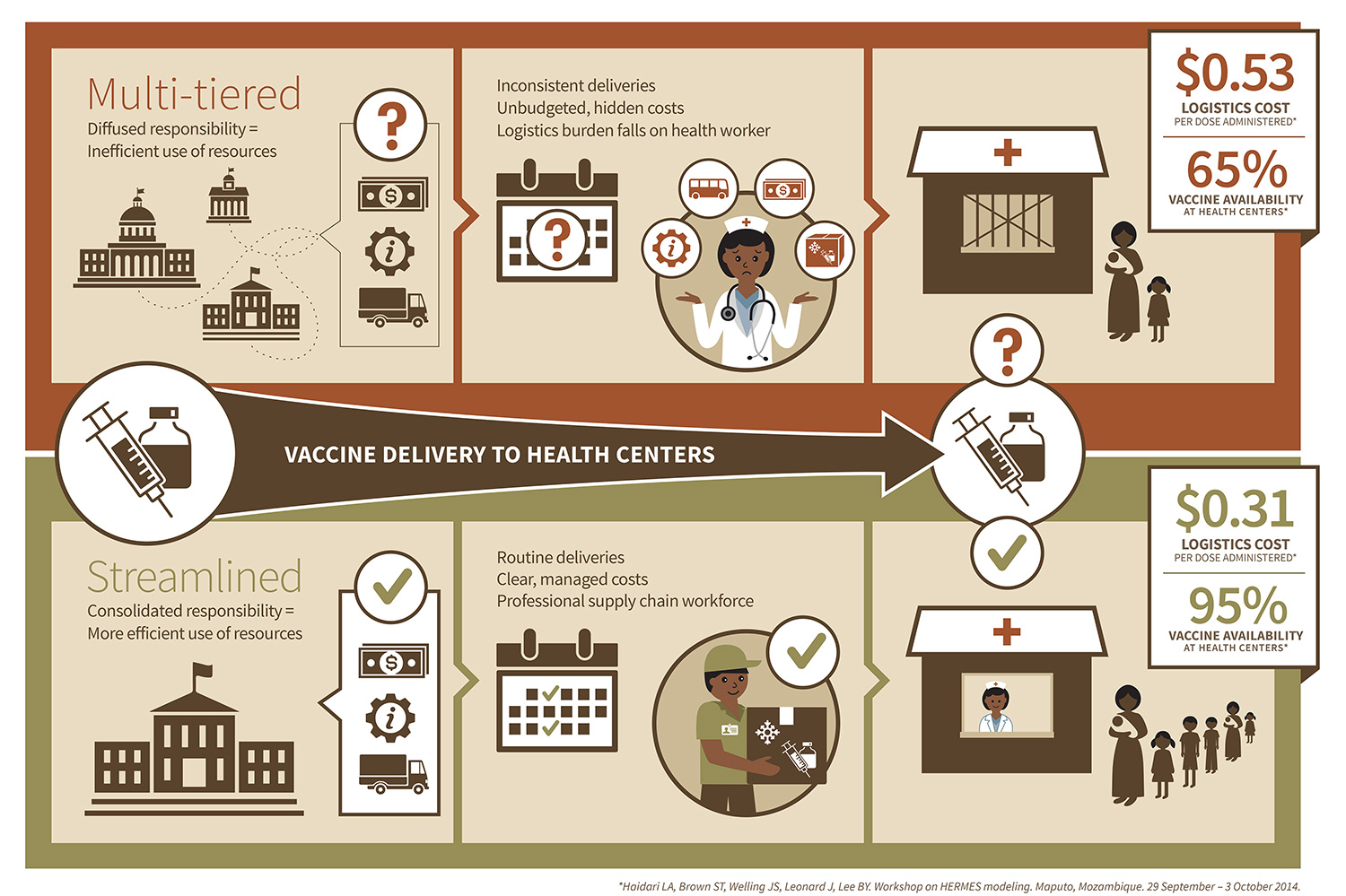 Finally, evidence can address how a proposed radical change aligns with country and global priorities, particularly in a way that can be sustained with limited resources. Be not afraid of bringing your evidence to help redefine constraints and priorities. The higher the decision makers are, the further removed they are from ‘last mile’ realities. If you are closer to last mile, you can help by bringing your insights to improve perceptions about what the real problems are.

After meeting with many mothers and nurses like Bendita that day in Montpuez, we met with the District Director who talked at length about how the new system had improved vaccine availability in his district. While we could show him charts and data to prove it, the most compelling evidence was the  stories from health workers like Bendita who finally had a steady supply of sufficient vaccines for the children in their care. This is what impact means at the last mile. This is where evidence is most critical.

At VillageReach our approach is firmly rooted in the last mile and lessons learned in scaling and sustaining health innovation in countries like Mozambique. Our goal is that the evidence generated from our work will empower decision makers to question the status quo and consider changes that provide all children – especially the final 20 percent – with access to lifesaving vaccines.