This summer I am a VillageReach intern based in Maputo where I will be implementing a comprehensive study documenting the range of obstacles challenging the reliable delivery of vaccines, rapid diagnostic tests, and medicines to rural communities of Mozambique. While VillageReach is already actively working to address many of the known challenges in this area (such as lack of transport for vaccine and medicine delivery), the purpose of this study is to quantify the range of logistics challenges and flush out the sources of the problems. For example, is transport a problem because of lack of vehicles, lack of fuel, broken vehicles, or the bureaucracy of gaining access to a shared vehicle when it is needed? Where in the supply chain are problems most frequent: eg.,picking up the healthcare supplies from the central storehouses, or delivering them to the rural health centers? Are health center employees adequately trained in the logistic concepts necessary for effectively keeping track of supplies and forecasting the health center’s needs?

These questions and many more will be answered using a lengthy survey that will be given in every district within the four provinces (Maputo, Gaza, Niassa, Cabo Delgado) where VillageReach currently operates. There are three separate surveys for each district: one for the medical director, one for the director of the pharmacy, and one for the director of vaccination programs. Starting this week I will be training the VillageReach field officers in implementing the survey. We will have an all day training session in our offices in Maputo and then will take two day trips into nearby district health centers to see what surprises we find in translating ideas on paper to workable information gathering in the field. In the weeks following, the Field Officers will gather the data (I will join when possible) and send it all my way for synthesis and analysis. The hope is that this study will provide more detailed information about the current challenges and thus help VillageReach and the Mozambique government prioritize their efforts to increase access to healthcare supplies to rural communities.

As part of my orientation to VillageReach and the Mozambique health system, last week I joined Margarida, the VillageReach Field Officer for the Maputo Province, for a field visit to the district of Namaacha. Originally, we had planned to head to a different district for supervision, however the night before we left we got a call saying that Namaacha had an urgent need for a vaccine delivery and we needed to head south to respond to this request. 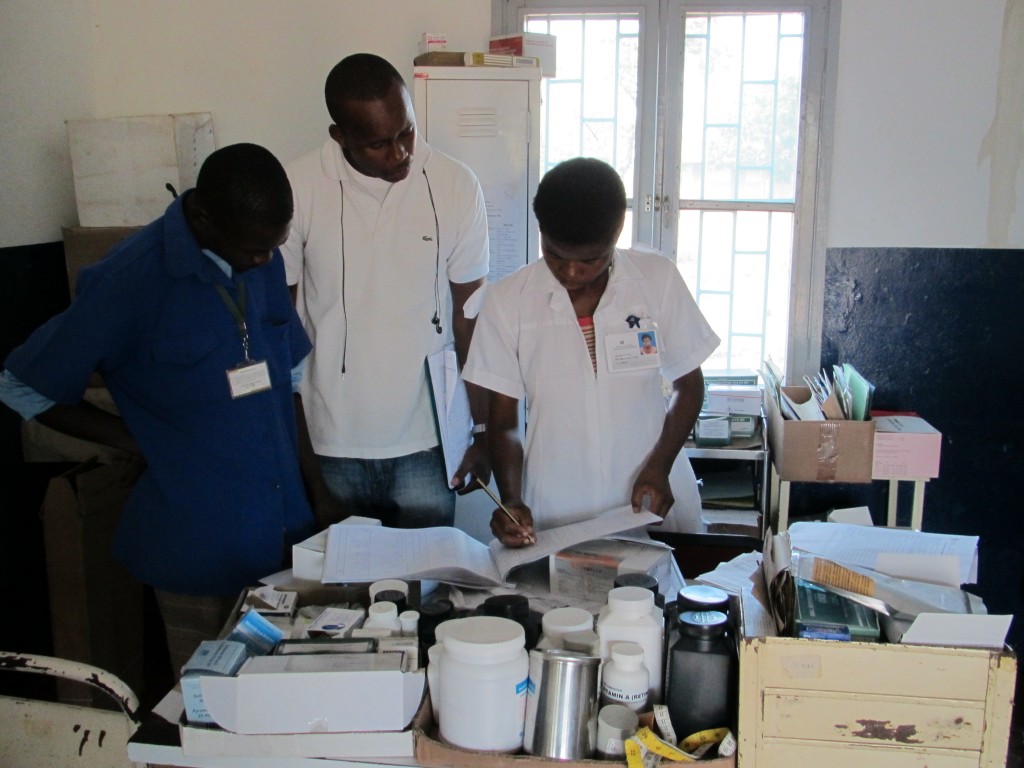 We started our trip with a stop at the Namaacha district hospital where we met up with government staff responsible for vaccine delivery in the area. While I was shown the hospital pharmacy, stock room, laboratory, maternity ward, and the general patient area, Margarida headed to the back of the hospital to go over their records of vaccine use and disbursements in the district. She quickly identified some incomplete and inconsistent data records and immediately sat down with the staff until she was convinced they understood what was wrong and how to make it better. Margarida previously held positions as the national vaccine manager for Mozambique and as the director of the Maputo province department of health, and she not only knows her stuff inside and out, but she cares too deeply about the issues to leave a room before she thinks all present understand their role in facilitating vaccine disbursement in Mozambique.

Once things were squared away at the district hospital we set out to visit the seven health units in the district. At each health unit, the government made their vaccine deliveries and Margarida met with the health workers to make sure they were giving vaccines on the right timetable and properly recording vaccine use. Before we left she would check that their refrigerators were functioning properly, check expiration dates on vaccines and rapid diagnostic tests, count their existing stock levels of vaccine and rapid diagnostic test supplies, and verify that the stock matched the records. A visit of this sort typically took well over an hour.

At two of the health centers we encountered refrigerators that were having problems. The refrigerator at the Dibinduane health center was operated entirely by solar power and its performance had been somewhat erratic as of late. According to the records, the temperature inside the refrigerator had been fluctuating, but had so far not warmed beyond the threshold that was safe to store the vaccines. Just to be sure, we checked the vaccine packaging which indicates (via a color changing label) when the vaccines have been exposed to higher than permissible temperatures and thus are no longer safe to use. Happily, the vaccines were still in 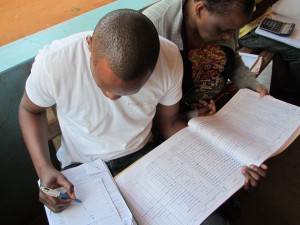 good shape, but Margarida left the health center workers with instructions to monitor the temperature in their refrigerator very closely. As a die-hard supporter of renewable energy, I argued that there was no actual proof that the solar power was to blame other than the mere correlation of the fridge being both erratic and solar powered. However, most of the Mozambicans (who admittedly have a lot more experience using solar power than I do) just shook their heads and took this as yet another example of the fussiness of solar energy.

At the Kulula health center, we found a refrigerator (powered by traditional sources) that was not functioning at all. This meant we could not deliver any new vaccines and we had to take away for disposal any existing (and requiring cool storage) vaccines we found at the health center. Everyone seemed pretty glum about this situation and said a replacement refrigerator was unlikely any time in the near future. In the meantime, the district would have to send out a mobile brigade (health workers that operate from a truck and carry their supplies with them) to periodically provide vaccines to the surrounding communities.

Before heading to Namaacha, I had found it hard to grasp the hierarchical structure of the Mozambique health system (the difference between a rural and district health center and how supplies and information moved between them) and what it meant for VillageReach to help with the logistics of getting healthcare supplies to these rural communities. After two days driving around the district with Margarida, however, I was able to get a glimpse of how far removed many of the health centers were from the district hospitals as well as some of the challenges facing the rural health care workers, the Mozambique government, and VillageReach.